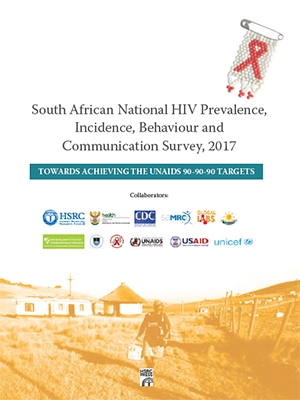 The 2017 HIV and Health Study is the fifth wave of a series of cross-sectional surveys undertaken by a research consortium led by the Human Sciences Research Council (HSRC) every few years. The consortium includes local researchers from the South African Medical Research Council, National Institute of Communicable Diseases, Global Clinical & Viral Laboratories, University of Cape Town and international researchers from the Centers for Disease Control and Prevention, UNAIDS, and UNICEF.

The report includes novel methodologies, innovative research and important advances in assessment that provide a crucial reference in one book to all working on HIV in South Africa and globally. This study is key in maintaining surveillance of HIV infection and behaviour in South Africa, and to obtain a better understanding of factors driving the HIV epidemic.

The South African National HIV Prevalence, Incidence, Behaviour and Communication Survey, 2017 is crucial for government, policy makers and all stakeholders who work towards reducing the HIV epidemic in the country and reaching the UNAIDS 90-90-90 targets. It is a must-read for researchers who want to understand the HIV dynamics in South Africa.

Pretoria, Tuesday 17 July 2018 – The number of new HIV infections (incidence) significantly declined in 2017 when compared to findings of a similar survey conducted in 2012. This decreasing trend is consistent with the previous estimates of HIV incidence. This is one of the main findings of the South African National HIV Prevalence, Incidence, Behaviour and Communication Survey, 2017, officially launched today by the Minister of Health, Dr Aaron Motsoaledi at the National Department of Health in Pretoria. Read more. 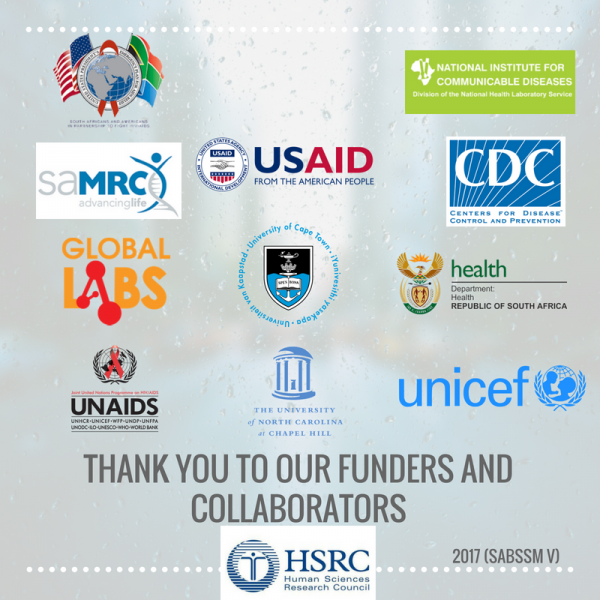 The results of the 2012 South African National HIV Prevalence, Incidence and Behaviour Survey have been released.

The 2012 survey, is the fourth in the series of national HIV household surveys conducted by a consortium of scientists led by the HSRC, including the Medical Research Council, South Africa's statutory research agencies. The first in 2002 was followed by surveys in 2005 and 2008. These surveys collected data on not only the HIV status of individuals, but also information on socio-demographic and behavioural factors that greatly enhanced the analysis and interpretation of the observed trends in HIV prevalence (the proportion of people living with HIV in the country) and HIV incidence (new HIV infections in a given year). The inclusion of novel laboratory methodologies in the 2012 survey protocol enabled direct estimates of HIV incidence and exposure to antiretroviral treatment (ART). The data from the 2012 survey will serve as critical benchmark figures for the evaluation of the current National Strategic Plan (NSP) 2012-2016.

A UNAIDS Collaborating Centre on HIV Prevention Research and Policy